IMLITEX AGRO is testing the new elevator in Kretinga 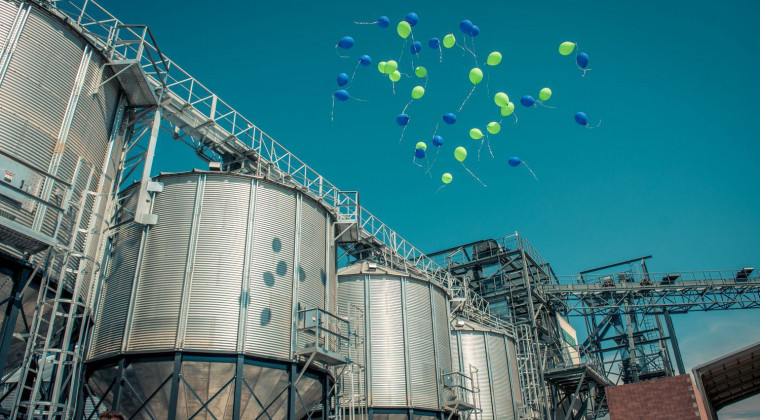 “Imlitex Holdings“ group invested 6 million EUR into the new elevator in Kretinga. The elevator may hold approximately 28 000 tons of grains. Grains will be procured here by UAB “Imlitex Agro“, which is engaged in grains trade and agricultural raw materials supply..

“We are actively increasing the grains procurement amounts and the direct trade in export markets worldwide, for which we develop the infrastructure required for this activity, - states Asta Vaičiulytė, head of  “Imlitex Agro“.. – Geographical location of Kretinga was the key reason it was chosen as a side for the construction of the new. It is convenient to transport grains from here both to Klaipėda port terminals for loading them on ships, and to the current customers in Lithuania.”

At the start of the year, “Imlitex Agro“ signed a long-term cooperation agreement with Klaipėda stevedoring company “Bega“. Until now, “Imlitex Agro“,has been mostly using the freight terminal in the port of Riga for loading/unloading grains,. The new agreement will allow to export more grains via Klaipėda’s port.
It is planned that the grains processed in Kretinga elevator will be transported directly to Klaipėda’s port, terminal of “Bega“ company, and there they will be loaded onto ships.

“Imlitex Agro“ turnover in 2017 exceeded the 60 million EUR benchmark; this year, the turnover is expected to reach 110 million EUR

A considerable investment into Kretinga

The new elevator will be able to house several different grain cultures at the same time. The elevator is equipped with the modern drying and cleaning equipment produced by Swiss company “Buhler”; the drier uses natural gas and is able to clean and dry approximately 90 tons of grains per hour. The estimated Kretinga elevator’s grain housing capacity – up to 200 tons per hour.

“The new elevator is the largest investment of the processing industry in Kretinga region since 1991." – Virginijus Domarkas, Kretinga district municipality administration’s director, states.

We use cookies to ensure you get the best experience on our website. By clicking "I agree" or browsing, you will continue to confirm your consent. You can revoke your consent at any time by changing your Internet browser settings and deleting your saved cookies. More about our Privacy Policy and the cookies we use HERE

Companies belonging to the Imlitex Holdings, UAB group of companies, where personnel management services are provided centrally to all companies of the group of companies by UAB Imlitex Service Center, are subject to the same procedures and standards for the processing and protection of employees' personal data. Personal data of the Company's employees are processed: