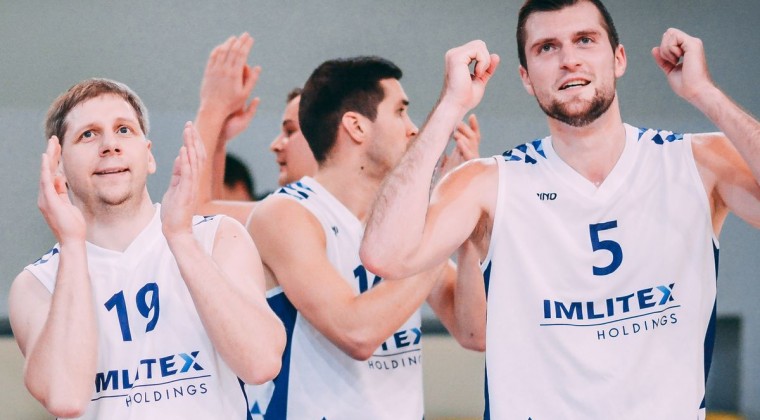 The medals were given to the winning teams of A and B divisions of the Kaunas Basketball Amateur League (KBAL) businesses championship.

In the finals of the A division championship, “Imlitex” basketball players won against “KUN&KAMS” team 86:75 and regained the title of champions after a three years’ break.

The most useful player of the decisive match was Paulius Grigaitis, who scored 32 points for the winners and made nine rebounds. Justinas Pavlavičius came up big in the ranks of the vice-champions too – earning 20 points and 13 rebounds.

"From the very beginning of the qualifying matches, we shifted to a completely different speed. The team simply lived in a fight mode; I believe that each player felt that this season would be ours, –"Imlitex" basketball player Edvinas Dzimanavičius said. – The team was as united as a fist. The first champion title that we won was special but the title of this year is just as good”.

We use cookies to ensure you get the best experience on our website. By clicking "I agree" or browsing, you will continue to confirm your consent. You can revoke your consent at any time by changing your Internet browser settings and deleting your saved cookies. More about our Privacy Policy and the cookies we use HERE